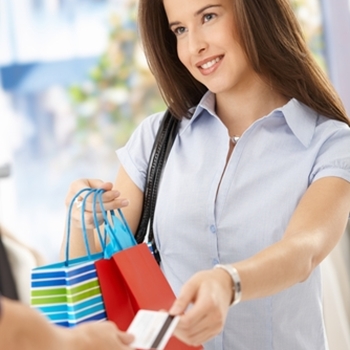 From the products you sell to the display fixtures you buy, using domestic goods can benefit the local and national economy.

There seems to be a movement toward favoring products made in America. According to CNBC, more people subscribe to the concept as they realize how it can improve our economy and unemployment rate.

CNBC stated that major companies are getting on board with the domestic trend. Both Wal-Mart and General Electric made commitments to spend more of their budgets on domestic manufacturing and local job creation. The reason companies like these, and even small businesses, often choose to buy foreign-produced items is because manufacturing countries such as China and India have extremely cheap labor rates. American companies are able to buy merchandise in bulk from these factories where it’s less expensive to maintain a sizeable staff.

The Internet has played a dual role in the conflict between imported and local goods. It’s become easier to seek out the cheapest product, regardless of where it’s made, with a quick Google search. You can find an item offered for half the price as you can get it locally and often buy it with just one click. However, there are now several websites dedicated to pointing consumers toward domestic companies as well.

Improve the economy
TIME magazine explained that every $1 spent on items that were manufactured domestically sends almost $1.50 back into the national economy. The source reported on a study that showed a litany of benefits brought about by increased local shopping in one county in Michigan. Results revealed that if consumers switched 10 percent of their spending to locally made products, more than 1,000 jobs would be created. Additionally, that would bring about $140 million in economic activity and $50 million in wages to this one small region. This can also be applied to the country as a whole. By ordering store fixtures like clothing racks made in the U.S., you’re keeping the financial advantages on domestic soil.

Protect the environment
Making a commitment to products that are made in America is also beneficial for the environment. An exorbitant amount of resources, especially fossil fuels, go into transporting goods internationally. By reducing the need for ships and planes to deliver merchandise from other countries, less pollution is being pumped into the atmosphere.