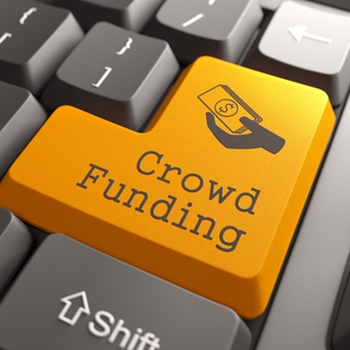 So you know about Black Friday, Small Business Saturday and Cyber Monday, but have you heard of #GivingTuesday? This marks the charitable holiday’s third year, and it’s expected to be bigger than ever.

Dec. 2 is the official date for #GivingTuesday 2014, a celebration started by the organization 92 Street Y and the United Nations Foundation. The holiday was created to channel the consumerism craze of post-Thanksgiving shopping events into the inspiration and desire to help others.

Look over these tips to make the most of #GivingTuesday with your business.

How it impacts the world
Forbes explained why the holiday fits the American lifestyle – the U.S. donates to charities more than any other country, based on total dollars as well as gross domestic product, according to the source. It’s a popular celebration for corporations and foundations who like to focus on their social responsibilities.

The purpose of  #GivingTuesday is to make the holiday season more charitable with a reminder on consumers’ calendars. The #GivingTuesday site explained that the organization wants to foster excitement and a group mentality that celebrates sharing wealth and resources with others.

According to #GivingTuesday’s website, there are more than 150,000 official partners in the U.S. The source explained that nearly 75 percent of people in the millennial generation donated to a charity in 2013. This is likely due to how easy global engagement is through social media, plus an influx of crowdfunding platforms like GoFundMe and Kickstarter.

How to get involved
There are several ways for businesses to join the #GivingTuesday movement, both online and in your brick-and-mortar store.

Spreading the word using social media is a driving force this #GivingTuesday, as evidenced by the organization’s website. You can find examples of tweets, Facebook posts and relevant hashtags that will contribute to the cause. One part of the campaign is the #unselfie, a selfie that announces what charity each person supported. You can ask for followers to send you #unselfies to show engagement.

When it comes to garnering participation in #GivingTuesday at your physical location, you can begin by mentioning the holiday to customers. You could ask them if they’d like to add a dollar donation to their purchase to benefit a cause you choose. Another way to do so is by donating a portion of the day’s, week’s or month’s sales to a particular charity. Give shoppers a few details about who will be receiving the money through informational store signs.

To use the #unselfie idea in a different way, you can have shoppers take their picture in the store after adding a donation to the sale. As the day goes on, post these #unselfies on your store’s social media sites.