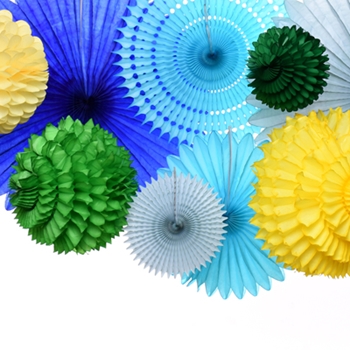 In the world of retail, visual elements are extremely important. From your advertisements to your checkout counter, your shoppers will be interacting with and experiencing the visual design of your store. Not only does this mean the art and typography you’ve implemented, but it includes the physical layout of your store and the props you use around the merchandise. At first glance this might seem like a simple element of your overall establishment, but it can actually be quite complicated when you get down to the granular level. That’s where we come in to help.

First, let’s look at the issue from three different perspectives, that of sales, aesthetics and marketing.

Visual aids as a sales device
Shopify recommended that boutique retailers think of the sales floor as not just as a walkable space, but as an actual driver of sales. In other words, when you’re not talking to a customer, the environment is. And if that’s the case, what is your environment saying? If you own a boutique shop, there are probably some established stores that you have drawn inspiration from – and that’s a good thing. There’s no rule that says you have to come up with everything yourself. So think about those other stores and what their visual displays are saying.

Let’s pretend your store specializes in women’s fashion and you’re rearranging the show floor in anticipation of the incoming summer collection. Customers will be coming in to look for outfits that make them feel comfortable and confident. There are many ways your store can visually communicate these themes. You can use cardboard letters to literally spell out empowering words or you could go for a subtler approach and use mannequins that stand in confident poses. If the environment is saying what the customer is thinking, they’ll be more likely to make a purchase.

Creating an appealing aesthetic
The aesthetic appeal of visual aids is probably the most obvious reason why you would consider using them. But this is another area where it’s more complicated than it first appears. It’s one thing to say you want to create a beautiful store, but it’s another to actually implement effective changes. Creativity Window suggested that retailers always keep in mind the elements of color, texture, lines and forms. You may not be a professional designer, but learning a little bit about each of these elements will make a huge difference.

Lines and forms can be something as simple as using the layout of your store to direct shoppers toward the items you want them to buy. Check out this post for more information about how to use colors to influence your customers and make them more comfortable in your establishment. When it comes to texture and other visual variation, make sure you’re using a mix of different elements. For example, you could make use of a wall grid with some hanging paper displays and some fun, patterned form covers. Using a few elements conservatively will keep the area from becoming cluttered, while also keeping the shopper’s attention.

Irresistible window displays
In addition to influencing the shoppers already in your store, your visual displays can also work to attract passersby. An interesting display should make your store look fun, inviting or even mysterious. You just have to make sure the interior doesn’t disappoint. There are several ways you can go about this, the most obvious of which is probably to play toward the season. But Shopify reported that retailers have better luck when they aren’t strictly limited to those four themes. There are so many more ways you can stand out from the competition.

Because you’ll most likely want to change your window displays once a month, you can really experiment with different themes. Use proper display lights to set the mood, and use found objects to get creative while staying on a budget. Retail Minded also suggested using your visual aids to support your signage. When there’s not a sales associate available, customers will turn to the signage for more information. The visual displays can direct the shoppers’ eyes to this information, or somehow thematically support it.

Planning your visual displays
Although you should be planning for more than seasonal displays, they are a good place to start for the planning process. When you’re looking at the calendar, mark the days on which you’ll begin to roll over your seasonal stock. As your merchandise changes, so should your displays. Then, in between those dates, start picking other times when you can make a change. These might be holidays, local events or simply points of time that have been historically low for business.

“Save your budget by finding multiple uses for display items.”

As you do this, think about what kind of items you’ll need and how you can make use of them more than once throughout the year. Hanging paper flowers can be used for seasonal spring displays as well as for holiday displays for Valentine’s Day or Easter. Mannequins can of course be used year-round. Finding more than one way to repurpose an object will save your budget.

Other tips
If you’re having trouble designing your visual displays, you may find it helpful to think about what not to do. For example, your visual displays should never cover, block or take attention from the products you sell. That would defeat the whole purpose of the displays. Similarly, you should always err on the side of simplicity rather than complexity. It’s true that a complex display could be visually appealing, but it could also become distracting or simply look cluttered to some customers. Going simple is OK – think of it like frosting on a cake, too much can be over-sweet.

Your visual displays should be refreshed regularly to avoid wear-and-tear or becoming out of season. Plus it will give you a chance to try out a few different styles and looks to see what works best. And if you’re really stuck, give us a call. Our staff is always here to serve your display needs.