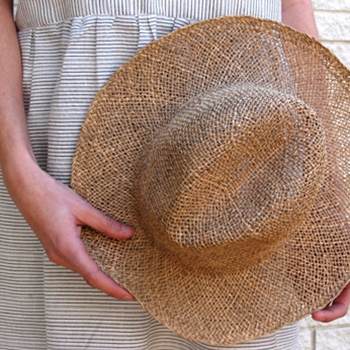 Springtime has arrived, prompting consumers to prepare for warmer weather. From teens buying bikinis while there’s still snow on the ground in anticipation of summer to mothers shopping for active wear before their children’s spring sports begin, the change in seasons calls for a new wardrobe.

As you rearrange store fixtures and display tables in anticipation of the spring shopping rush, be sure to highlight the hottest trends. Here are a few hat styles that your customers will likely be on the hunt for this season.

“There were a few emerging styles for everyday wear.”

The hat trick
The spring and summer 2015 fashion shows brought tons of outrageous hats to the forefront of fashion, including a vibrant cone-like accessory by Tibi and bold geometric designs from Karen Walker. While your average shopper probably isn’t looking for a couture headpiece to rock this spring, there were a few emerging styles that are perfect for everyday wear.

Men’s looks
There wasn’t anything too revolutionary in the realm of men’s fashion as far as hats go. Some designers dressed models in floppy hats as well, although that may not be as common off the runway. Two traditional hats that men favor are as popular as ever, but with a cosmopolitan vibe. Both beanies and baseball caps were spotted during fashion week, but there’s been movement away from branded headpieces. Beanies are perfect for men of any age, especially if you carry neutral colors or low-key patterns for professionals. Baseball hats that are a solid neutral color and that lack a sports or company logo on the front are also considered classy and stylish this year.