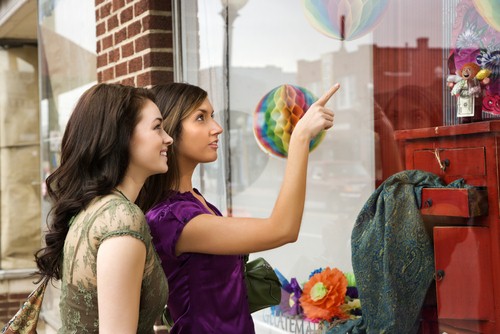 It may seem as though window displays have been a marketing staple since the earliest days of retail, but the way in which shop owners utilize the front of their stores has changed significantly over the years, according to This Is Kent. As you’re waiting for new mannequins for sale to arrive so you can start up your holiday display, you may want to reflect on what shop windows were like long ago.

Back in the 1920s, window displays were new, and were treated as a sort of “front shelf” or storehouse for wares, says Herbert N. Casson, author of Twelve Tips on Window Display, the news source reports. Shopkeepers were less concerned about what went into the window displays or how items were displayed, and the dressings were rarely changed out.

But by the 1950s, retailers big and small understood that the front window is an excellent way to draw in more shoppers, particularly during the busy holiday season.

“We had a run of big island windows showing coats, hats, gloves and accessories and nightwear,” Kathleen Sibthorpe, who helped create window displays for her grandfather’s store three decades ago, told the news source. “We planned the displays a couple of weeks beforehand and went in on Saturday to do them, with the new coats going on show on Monday. Sometimes it was difficult to come up with ideas, but people really enjoyed looking at our new displays each week.”

So what prompted the change? In part, it was the rise of plate glass. Before this innovation in the late 19th century, many retailers used billboards and signs exclusively to showcase their goods. In the 1930s, during the heyday of Hollywood, dress forms and mannequins became popular, and soon found their way to front windows.

Today, front window displays are essential for retailers who want to draw in customers who might not be familiar with their store. According to Redcliffe, shop owners can boost their store displays by involving others in the process of filling the window. Try to think of what customers think and feel about your store, and allow plenty of time to design a front display. Lighting also plays an important part, as it can help your shop window stand out, and make it easier for passers-by to see the items on your display tables and store fixtures.