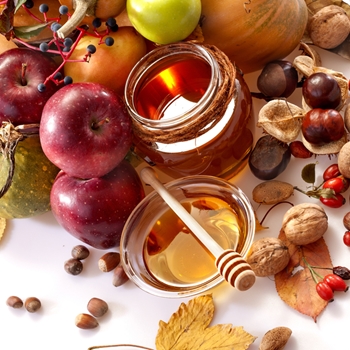 It’s already September, and autumn is getting closer each day. To increase sales of particular products this month, consider how you can energize your end cap displays.

How to arrange your end cap display
According to Staples, three vertical sections make for an appeasing end cap display. The top portion is for the sale sign, which should announce the theme and type of deal customers will get. Below the banner goes the star of the show – your featured product. The source said the center shelf should be stocked, yet not overcrowded, with products arranged logically. The bottom shelf can hold even more stock, but again, don’t get carried away. If the end cap is successful, you’ll need to restock often anyway.

Because end cap displays are designed to drive sales, Staples stated that it’s better to empty the shelving unit rather than leave a stale display if you don’t have a new arrangement in mind. At the same time, store owners new to end caps shouldn’t feel pressure to be wildly creative in the beginning. According to the source, a nice-looking assortment of merchandise can draw in revenue on its own. The displays should be rotated on a weekly or monthly basis, depending on  the products you sell. If you get a lot of foot traffic, refreshing your displays weekly may be the best choice.

Another way to draw attention to your end cap displays is by engaging your customers. This can be done using interactive products or offering free samples. However, you still want consumers to peruse the rest of the items. By arranging merchandise on the end cap that’s also sold in the adjacent aisles, people are encouraged to keep exploring your offerings. As described by Mechtronics, end cap products should have broad appeal. The goal of your display should be to bring awareness to a particular item, increase impulse buys and encourage cross-selling, according to Monetate. Whether you choose a singular product to promote or select complementary items for the display, the overall arrangement should resemble the store’s decor. However, Mechtronics recommended giving end cap displays some type of differentiating factor.

How to tailor displays for seasonal themes
As your brainstorm end cap display arrangements, consider which products have increased sales during the current and upcoming seasons. Autumn is all about the changing leaves, falling temperatures and pumpkin spice everything. It’s also when kids go back to school, the sun sets earlier and people pack up their summer clothes. As a result, you can assume people will be shopping for warmer articles of clothing, merchandise that relates to apples and pumpkins and items within a color palette that reflects the leaves’ conversion from green to brown.

For stores that mainly sell apparel, jeans are a great item to promote on autumn end caps. It’s a universal style that is heavily featured in the fall as people readjust to the cooler weather. Like the walls of pants in stores like Levi’s, neatly folded and stacked jeans can be enough to boost sales on the end caps. If you want to include a complementary product on one of the shelves, consider a selection of belts for customers to peruse.

A second thought, as posted on Pinterest by the boutique Trohv, you can start a “pick your own” sale. This relates to the focus on fall produce and the popularity of apple picking during autumn months. It can work for basically any store because the type of sale is easily applied to most kinds of merchandise. Arrange a more varied selection of products under the sale sign so customers have options to “pick” from.