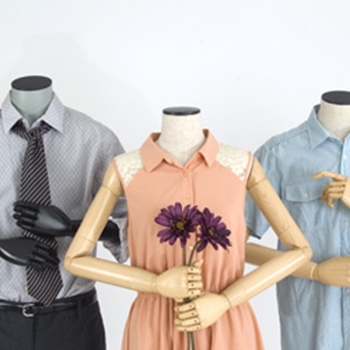 When clothing retailers are preparing for seasons ahead, looking to the trends that emerged during Fashion Week is incredibly helpful. Although the looks are often a bit more extreme than most people wear in their day-to-day lives, you can certainly start planning your spring 2015 merchandise based on these imminent trends.

Fabrics
It’s hard to imagine denim ever going completely out of style, so it’s not surprising that fashion magazines are talking about upcoming denim trends. Fashion week brought many pairs of denim pants, including overalls. There was also an array of jackets in various lengths – cropped, waist-length and hip-length designs all made appearances on the runway.

Leather jackets are a classic choice for outerwear during temperate weather, particularly in the spring and the fall. This spring, leather is going to be more popular than in recent years. Designers showcased leather pants, trench coats, short coats and cocktail dresses in the spring/summer 2015 shows. There was even a leather skirt suit in the Boss show that brings a whole new dimension to office attire.

There’s been a movement toward ’70s-inspired looks, even when it comes to 2015 interior design trends. More to come on that topic, but it’s evident in spring fashion with the influx of suede looks we saw on the runways. From a dress by Valentino to suede jackets by Gucci and Jason Wu, you can expect to see the soft fabric making appearances all season long.

While designers incorporated various sheer fabrics into their spring looks including lace, tulle and silk, the idea of layering translucent materials over garments is certainly a trend. Whether it’s a long sheer skirt that covers a mini dress or a see-through shirt over a dark crop top . Light-colored, flowy garments were common on the runway this year as well, specifically from Lanvin and Dior.

Fringe, feathers and tassels aren’t exactly types of fabric, but they were everywhere during Fashion Week. Designers have started adding fringe to every part of an outfit. It’s not just boots and jackets that are channeling the western look this year. You’ll see fringe and tassels adorning everything from skirts and sweaters to belts and purses when people are out shopping for spring and summer. While it seems mainly couture styles brought feathers into the equation, this high-fashion trend may ultimately trickle down to street style. Clothes that have subtle feathers around the neckline, waist and sleeves certainly have potential.

Patterns
Get ready for plenty of gingham and floral-patterned items this season. For those unfamiliar, gingham is a checkered print with small squares. Models on the runway rocked gingham on attire ranging from coats and pants suits to skirts and dresses. While florals for springtime is hardly a new concept, designers mixed up the look a bit this year. Many of the prints had large flowers that were slightly abstract and there were many bright flowered garments. Floral maxi dresses were popular in particular, as seen in the Louis Vuitton show.

Although it’s not a pattern, the fact that red will be big color is worth mentioning. Red dresses were particularly represented, as well as red two-piece outfits. When you’re arranging displays, consider using mixed media forms are perfect for displaying your patterned spring merchandise because they’re versatile and dynamic.

“Loose clothing is definitely in style.”

Styles
The bohemian look will be even more popular this year, especially when it comes to long dresses and draped garments. Valentino and Vera Wang demonstrated this style in their Fashion Week shows.

Speaking of drapey, wraps and ponchos will be back as soon as the weather warms up and people shed their parkas. Several designers debuted loose, slouchy and long jackets that tie at the waist, which is in line with the look of wraps and ponchos.

Loose clothing is definitely in. Knit polo shirts that don’t fit too snugly are perfect for street style. Even business attire has seen a similar shift, as evident through the pantsuits that showed up this year. Many designers showed off suits with ankle pants that have wider legs than in years past, plus blazers that are boxier than the traditional style and have hemlines below the hip.

A few more styles that mannequins should certainly don as you set store displays throughout the next few months are shirt dresses, overalls that extend beyond the classic denim look and clothes that have a lot of pockets.