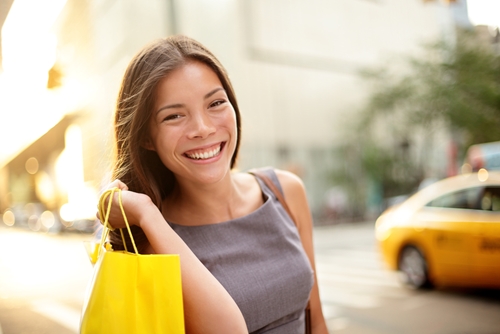 Summer is an important time for many retailers. Special sales, new products and a wide customer base make it among the most popular times of the year for shopping, and so far, the 2013 season is surpassing expectations.

Summer sales
A combination of factors contributed to June retail sales in the U.S. increasing 4.1 percent from the same time last year – the largest year-over-year growth since January, The Spec reports. Positive sales growth continued into July, with the numbers up between 1 and 3 percent from 2012.

According to the news source, summer sales figures were boosted by the demand for linens, ladies' casual sportswear and boutique items for women. Clearance sales also helped stores perform well, especially during a nationwide heat wave that left many potential consumers searching for a public place to cool off. The total sales may fluctuate from week to week or even month to month, but the majority of retailers are enjoying more sales and maintaining a positive outlook on the future.

Back-to-school starts early
Some shoppers may have taken advantage of special summer deals, but many are skipping over the warmer season to focus on fall. In fact, a recent survey found about 40 percent of customers plan to have their back-to-school shopping complete before the start of the academic year, and many started the process by mid-July, The Detroit Free Press reports.

"It's a very busy, important time of the year. It's the second largest period before the Christmas holiday," Tom Scott, the vice president of MRA, told the news source. "Back-to-school now is no longer just notebooks and tennis shoes. It's all that, plus furniture for dorms, electronics for everyone from preschool to college."

However, Scott made it a point to emphasize that customers weren't necessarily loose with their spending. Instead, they looked for the best values and jumped on them while available.

"The consumer is being careful," he told the publication. "The consumer will spend a little more freely one month and then pull back. It looks like the customer could be keeping back-to-school in mind for the fall period, where they may spend more freely."

While it remains to be seen just how the back-to-school period will play out for retailers, the summer term appears to be bright. By the end of the season, many shops may be experiencing a boost in sales and interest.