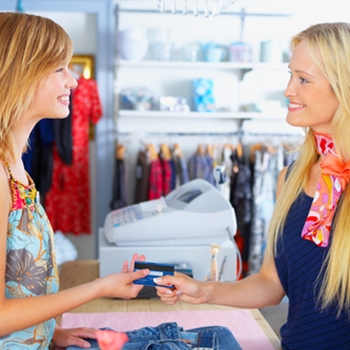 While retail design trends don’t typically move as quickly as fashion fads, they’re still an important detail of the business that you should track.

As you prepare for the fourth quarter, then the new year, consider these conclusions about current and future popular movements in the realm of retail design.

Retail industry authority design:retail conducted a survey of trade professionals, including CEOs, store planners, visual merchandisers and contracted designers. Results showed that store renovations have increased in the past year and will continue doing so, as will capital spending for many businesses. With over 50 percent of survey-takers reporting a positive financial position, and more than a quarter of them claiming a very good spot in the market, the road ahead looks bright. More than half of respondents said they believe America’s retail economy is slowly growing, and a similar percentage stated visual, store planning and design aspects of brick-and-mortar locations will keep growing in importance as time goes on.

Why are visuals vital?
Chain Store Age suggested the increased importance on visuals stems from the emphasis consumers place on digital content. Between Instagram, Pinterest and and Tumblr, shoppers are constantly inundated with images as they browse the Web. They see examples of perfectly designed retail spaces and showrooms, which can subconsciously boost their expectations of the shops they visit. As a result, store displays should be more dynamic than in years past. The source explained that this means including props beyond the typical display fixtures and mannequins.

Something we often discuss is the need for brick-and-mortar stores to give shoppers an experience that they can’t receive when making online purchases. One way to accomplish this is by implementing small sitting areas in stores, according to Chain Store Age. If you replace one section of merchandise with a few comfy chairs, you may find customers are spending more time interacting with your brand.

What else is important?
There’s more focus on the idea of a store design concept, rather than piecemeal visual display arrangements. When you look at the big picture and take some attention away from creating highly detailed displays, you may make a stronger visual impact, according to design:retail. As far as store fixtures go, a shift toward more interesting or modern designs is evident. Design:retail explained that retailers are favoring display fixtures that can be rearranged for use in several departments or even across multiple locations. Other changes that retailers reported making include implementing more technology into the physical store for omnichannel marketing, and making design changes to improve the customer service experience.