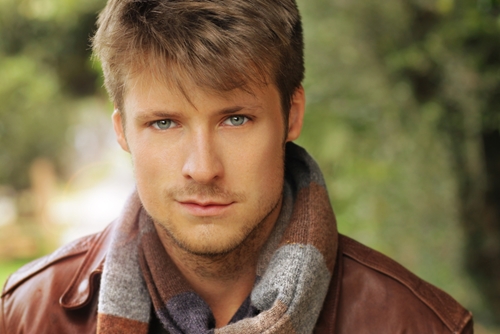 The world of men’s fashion may not seem as complex as that for women, but retailers who deal in guys’ apparel still need to have their finger on the pulse of what’s in style. To help you out in this endeavor, we’ve reviewed some of the biggest styles this coming season for men, so you know exactly what to put on your mannequins for sale, clothing racks and wall displays.

Accessories
Fall is the season of accessories. Fashionable guys look forward to a time when they can don those cool-weather items that have been in storage all summer. According to Details magazine, statement scarves are going to be very “in” this year. Think large scarves in bright, bold colors. Both pashminas and knit wool scarves will be big.

You may think that backpacks only belong in back-to-school sales, but apparently they’ve also been gracing the runways at some of the biggest men’s fashion shows this year. Simple leather backpacks make it easy for guys to carry what they need while also still looking trendy. Consider stocking your display tables with leather or canvas bags in neutral tones.

Hats are of course quite popular in the fall, and for 2013, it looks like driver’s caps will be all the rage. These short-brimmed caps are evocative of Europe, but they’ll definitely be big stateside this season. Driver’s caps look fantastic with a nice pair of leather gloves, so it may be wise to stock these two items together in your display cases, or you can make an entire window display out of hats, gloves and other cold-weather accessories.

Colors and patterns
What colors and patterns will be popular this year? According to Details, the hue of the season is burgundy. This cool red color is great for anything from jackets to hats to shoes, and it’s not difficult to match with, considering the traditional men’s fall colors include tan, black, gray and brown.

For something a little more exciting, consider dressing your mannequins in camouflage print. The army look is back, though it doesn’t necessarily have to be cargo pants – men can wear the pattern on jackets, accessories or tops.

Plaid is a classic pattern for men’s fall fashion, and this year is no exception. There’s something about the Scottish-inspired print that looks simply fantastic on scarves, gloves and other fall items.

Coats
Every man needs a good winter coat, and though they may not be necessary until November, savvy shoppers will already be looking for their perfect jacket this year. In 2013, expect guys to be wearing long, low-hanging coats. For example, trench coats and peacoats in wool will be popular, though some men may be looking for lighter leather jackets until the cold weather begins in earnest.

Large, oversized hoods were featured at the Fall 2013 Fashion Preview in Milan, according to Esquire, and while dark colors will still dominate, don’t be afraid to stock a few coats in brighter, lighter colors, like baby blue or white.

Formal wear
Men may find it easier to dress for the office this time of year, as formal fashion allows for long-sleeved dress shirts and slim-fit suits. Layering seems to be quite trendy this year, and men may be wearing a dark blazer over a cardigan or sweater with a dress shirt on the bottom layer to finish off the look.

It’s not all about suits and ties, however. Turtleneck sweaters are making a comeback, though judging by what was on the stage in Milan, expect the neckline to be looser and larger than the tight-necked turtleneck sweaters that were popular several seasons ago.