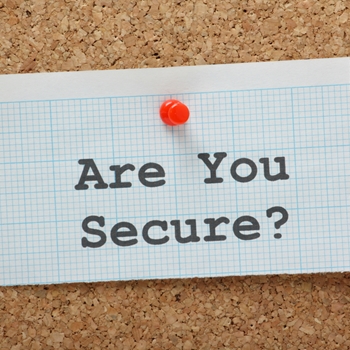 With the fourth quarter coming to a close, you’ll likely be surveying your remaining inventory, profits and losses throughout the year. You may notice that there are holes in the data – merchandise missing that wasn’t documented in a sale.

Any business can become a victim of theft, and most do fall prey to shoplifters at some point. While there are some people who could be considered professional thieves, many shoplifters act on impulse and can be deterred with a few security measures. To prevent theft in your store, consider these methods of defense.

Store design
The way your store fixtures and aisles are arranged can have an effect on how many items are stolen from you. Store displays shouldn’t go above shoulder height so customers are never completely hidden. Retail Minded suggested placing your aisles at perpendicular or diagonal angles from the checkout area, which allows employees a constant view.

Signage
Since shoplifting tends to be a spur-of-the-moment act, signs that explain your store’s stance can prevent loss. Signs are also valuable if you decide to press charges against people who steal from the store, because it’s evidence that shoppers were effectively informed.

Internal theft
With roughly 30 percent of inventory loss occurring as the result of employee theft, it’s important to deter your staff as well. Employees should go through retail security training, where they’re made aware of how closely you track inventory. Explain how they can spot shoplifters, including among their peers, and the best course of action to take. According to Retail Minded, most employee theft happens in small increments, with individual items being given or taken for free.

Fit Small Business explained that antagonism between staff and management or the company is a common reason for employee theft. Combining positive reinforcement and morale-boosting tactics with a serious attitude toward shoplifting can help manage the issue.