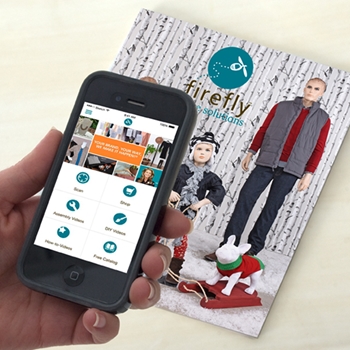 Not too long ago, the idea of augmented reality – enhancing the real world through computer technology – was just science fiction. Nowadays, almost everyone with a smartphone has augmented reality apps that change the way they interact with the world. Whether they use their smartphone to translate foreign languages, catch imaginary creatures or navigate city streets, smartphone users are making augmented reality a part of everyday life. Now, even the retail landscape is changing and being influenced by these apps.

Don’t get left in the past. Keep reading to learn how augmented reality could change your shop in the near future:

Gamification in the retail space
One major way that augmented reality has already affected the retail industry is through gamification – creating incentives to shop through competitive, game-like strategies using existing trends or branded apps. AdWeek reported that many small businesses used the popular smartphone app Pokemon Go to attract customers. One of the basic strategies was to offer discounts to people playing the game near the store. For example, a bakery might offer 10 percent off cupcake purchases to players who catch a certain number of the imaginary creatures that appear outside the establishment. For added fun, the bakery might even frost the cupcakes with game related designs or place a sticker on their cupcake boxes. It’s a low-cost marketing strategy that creatively takes advantage of an existing trend in augmented reality games.

Augmented reality as marketing
Two key ideas behind augmented reality as a marketing strategy are 1) to make the shopping experience more fun and 2) to increase brand engagement by making it easier to interact with products. Our own smartphone app is a key example of this in action. With our app, you can scan a product and get instant access to assembly videos and more product information. Plus, it connects you to our staff of retail design experts with the press of a button.

In the near future, it’s likely that more retailers will use augmented reality apps to enhance customers’ in-store experiences. The Harvard Business Review noted that some brands are already ahead of the curve, in this regard. HBR reported that one brand of makeup already has an app that lets consumers “try on” makeup products before they make a purchase. Similar technology could be incorporated into clothing and jewelry sales.

Augmented reality could very well be the wave of the future for retail marketers. Taking advantage of existing trends or developing a branded app are both viable options for increasing consumer engagement.