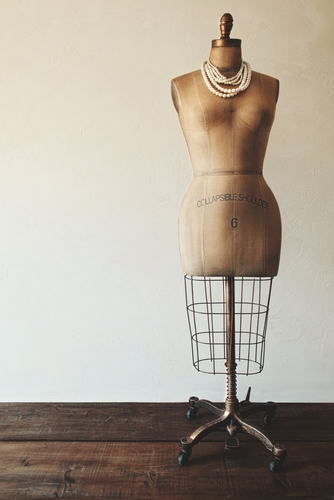 Dress forms may have only become store fixtures in the past several decades, but they have a history that dates back thousands of years. In fact, one of the very first examples of dress forms was found in ancient Egypt – although its presence wasn’t discovered until somewhat recently – and the origin may be a surprise.

King Tut’s tomb
The tomb of King Tutankhamun was discovered in the early 20th century, and archeologist Howard Carter was the man who found the priceless Egyptian location. He spent years in the Valley of the Kings searching for the tomb, and when he eventually found the entrance in late 1922, he stumbled across some of the most amazing ancient artifacts that have ever been unearthed.

Among those relics was a dress form, which was found in the burial chamber of the pharaoh. Created specifically to King Tut’s measurements, the form was standing next to a chest that contained many of the ruler’s clothes and likely dates back to 1350 B.C., Mannequin Madness reports.

The dress form of King Tut is a wooden figure without arms or legs. Because the torso was included in the tomb, it’s safe to say that the tool was considered to be important to the pharaoh, as the Egyptian rulers were often buried with the items they would need in the afterlife. Although its exact use is not known, it was likely utilized by King Tut as a way to see how clothes would look on his body and to make any alterations if necessary.

Fit for royalty
King Tut was just one example of rulers using dress forms to ensure their appearance was top notch. Although he may have been the first, the tradition was passed down to other important figures throughout history. European monarchs have been known to gift life-size dress forms to friends and allies, and the fashion tools were frequently used as a way to allow dressmakers to create outfits without constantly bothering the individual. They eventually spread to the rest of high society and then the middle class, all the while making a mark in the fashion industry.

Dress forms have come a long way since their beginnings in ancient Egypt. They are a staple of store displays for many boutiques, and any store owner who incorporates the tool into their design can thank King Tut for the fashionable device.