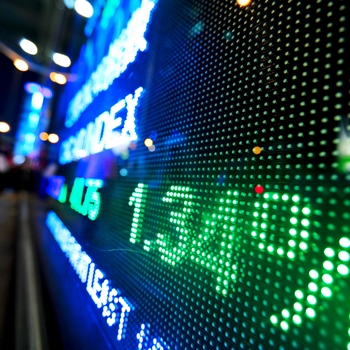 As the month – and year – draws to a close, economic experts who specialize in retail have released results for the post-holiday season, as well as some updates for future months. Although seasonal sales were lower than predicted in some industries, companies are optimistic moving into 2014 and already looking to boost profits in the coming year.

Moving to new locations
According to Women’s Wear Daily, a number of major retailers will be opening locations in new global destinations to match with demand. Among these are Urban Outfitters, which is set for arrival in downtown Los Angeles, Miansai, which just announced its first store planned for Soho, and Hue legwear brand, which has recently opened locations in both the U.S. and China. These represent only a small number of retailers which will continue to move across the globe for both production and sales of their merchandise.

Creating an experience
It’s not just the “where” that’s changing for many businesses, though. In addition to new shops, retailers are also rethinking their designs and redoing their interiors. For example, the source reported that VK Nagrani is aiming to create “experience shops,” or stores that promote an entire atmosphere and brand instead of just a retail space. The new shops will feature updated store displays and themes to match founder and designer Vivek Nagrani’s desired tone, and will be unveiled later in the coming year.

Responding to margins
There were mixed reviews in the retail world following the most significant weeks of holiday spending. According to Retailing Today, online sales were lower than had been predicted, although they still increased 10 percent over 2012, totaling nearly $43 billion.

“Our expectations for the online holiday shopping season anticipated that consumers would spend heavily later into the season out of necessity to make up for the highly compressed holiday shopping calendar this year,” said Gian Fulgoni, chairman of comScore. “Unfortunately that was not in the cards, as the final online shopping week saw considerably softer sales than anticipated.”

Other sources, however, were more optimistic. MasterCard reported as of Dec. 26 that holiday sales had seen significant increases, even before counting gift card redemptions. The company credited more and earlier deals and discounts with sparking the higher profit margins. Amazon also announced its highest sales on record, according to Retailing Today. Cyber Monday was a particularly successful day for the world’s biggest online retailer, which reportedly sold approximately 426 products per second for a total of 36.8 million items over the course of 24 hours. Amazon’s CEO Jeff Bezos spoke about the increasing number of Amazon Prime members and how their partnership contributed to the company’s successful holiday shopping season.

“Amazon Prime membership continues to grow, and we now have tens of millions of members worldwide,” Bezos said. “They benefit from all-you-can-eat free two-day shipping on millions of eligible items and our members have a voracious appetite. We are extremely grateful to our customers around the world and wish everyone the very best for the coming year.”

Changes for the coming year
According to Business News Daily, 2014 could be a year of change for the retail industry. The source reported that even more online sales are expected, and retailers should boost their online presence to draw customers into their stores. E-commerce strategies include sending reminders to email addresses or mobile devices regarding upcoming sales and discounts, as well as optimizing stores to use mobile wallets for a quicker and easier checkout. Retailers will also have more digital tools on-hand for setting up their store and managing things like inventory and even staff training.