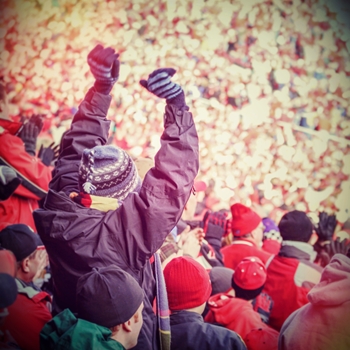 The Super Bowl is known for its outrageously priced and highly valued commercial slots that the world's biggest companies invest in. With 30-second spots selling for several million dollars, a game time advertisement may not be in your marketing budget.

However, Intuit explained how small businesses have their own advantage during the big game where these billion dollar enterprises don't. Local stores can run more personal marketing campaigns that appeal directly to their patrons.

If you want to create store promotions based on the Super Bowl, Outmarket warned against using the official name for advertising. It's a trademarked title, so it's best to say "The Big Game" or another vague moniker.

As football season comes to a close, check out these four Super Bowl-themed sale ideas.

1. Use promotional products
Since plenty of people host parties during the big game, it's a good time to hand out branded promotional products that fit the theme. They can be a worthy investment because they build brand recognition as customers see your logo consistently.

Place an order for plastic stadium cups or drink koozies that have your store's name on them and put them on a few display fixtures. You can use the promotional products to your advantage in a handful of ways. Consider offering a set of cups or koozies to people who sign up for your mailing list at check-out. You could also distribute the items to customers who spend above a certain dollar amount.

2. Hold an anti-Super Bowl promotion
For certain industries, it might seem ineffective to incorporate the Super Bowl into your marketing strategy because the game isn't important to your customers. However, you can still take advantage of the seasonal event with an anti-Super Bowl sales promotion. Give shoppers a steep discount or coupon for their next visit if they make a purchase during the game.

3. Base a sale on the home team
If your state or region's favorite team doesn't make it into the Super Bowl this year, you can honor them in your own way. Let your customers know via social media that they will receive a discount if they come into the store on Super Bowl weekend wearing team colors or apparel.

4. Turn the final score into a deal
You may want to skip the pre-game hubbub and craft a promotion for the following week instead. Outmarket suggested using the final score of the big game to determine a discount based on percentage, such as the difference between the points. For example, if the score ends up as 21 to 7, you would offer a 14 percent price reduction on the merchandise.