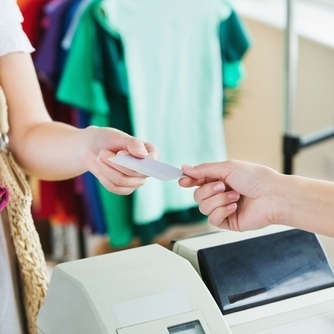 Another new month has arrived and it’s time to give parts of your store a makeover. Make April a month to maintain your loyal base of shoppers with fresh and exciting displays while attracting new customers with sweet deals and discounts.

Peruse these ideas for window displays and sales promotions that are sure to catch the attention of patrons old and new.

1. Window display: April showers
You know the old saying and you’ve probably experienced the event – April showers bring May flowers. Use this opportunity to showcase merchandise that relates to rainy weather, whether you sell outerwear and footwear or you display children’s books about stormy days. For businesses that prefer dedicating window displays to decorative scenes that tell a story, consider options such as ducklings splashing in puddles or the famous quote from old episodes of “Winnie the Pooh” – “Tut tut, it looks like rain.”

2. Window display: Mother Earth
Both Earth Day and Arbor Day take place during April, making it the perfect month to dedicate your window displays to nature. Earth Day began in 1970, marking a large step forward in the environmental movement. A day dedicated to celebrating natural resources that some people take for granted brought attention to the Earth’s fragility and sparked protection efforts. Arbor Day dates back even further to 1872 when Julius Sterling Morton proposed a day dedicated to planting trees to Nebraska’s state board of agriculture. It became an official holiday in the Cornhusker State in 1855 and spread across all 50 states. Arbor Day was adopted as a federal holiday in 1970 when President Richard Nixon deemed the last Friday in April Arbor Day.

Transform your window displays into a space celebrating land, water and sky. You can use window paint to draw trees or plants, buy fake plants in bulk or from a dollar store to dress up store displays, or craft decorative props with cardboard and paper. Consider dressing mannequins in earth tones like moss green, chocolate brown and beige. If you’re feeling creative and have time to spare, gather blue and green scarves or shirts. Using a Round Maple Display Table, arrange the soft cloth items to look like the planet Earth. Set a few rows of blue products up in a circle to form the borders, then begin filling the space with both colors. The continents don’t need to look precise, but place green items where Antarctica, North America, South America, Africa  and Europe are. You’re going for an abstract look so don’t get too concerned about forming the exact borders.

“Provide a special sale for these professionals.”

3. Sales promotion: Administrative Professionals Day
This holiday, formerly known as National Secretaries Day, was created to recognize and celebrate people in administrative roles that keep businesses operating smoothly. It began during World War II as a way to motivate more women to enter the workforce as secretaries. As the requirements and responsibilities for administrative positions changed, so did the unofficial holiday’s name.

Hopefully every company has an expression of gratitude planned for April 22, this year’s Administrative Professionals Day. You can take part in the celebration beyond your own office assistants by providing a special sale for these professionals. Women and men who hold administrative roles could receive a coupon for a decent percentage off their next purchase (repeat business!) or a free gift.

4. Sales promotion: April stay-cation deals for families
While plenty of families jet off on exciting trips during April vacation, just as many spend the week at home relaxing. Most kids want time off from school, but nine days at home often grows monotonous for energetic children. Give the families that stuck around a great idea for a midday activity while motivating them to spend money locally – shopping! Offer special deals to parents or children who come into your store during the nearby school districts’ spring breaks. A 30 percent discount on the entire store could attract business while schools are closed.